Oeg "Egg" Aghdzoksdhaekhsfudzzong is a 3 term ex-Navy and Naval University graduate who somehow ended up on Tryonas. This was actually an NPC for a Traveller game that will never get back into play for a variety of reasons sadly. I was digging through existing characters I had already generated by the RPG Suite character generator to see if one fit, and this one seemed interesting. Now, we'll have to come up with a story as to how Egg ended up in the League of Planets, and I am leaning the our good Captain may be spying for the Imperium just a bit, and having an ex-Imperial Navy Lieutenant on board may be either a plant or something just innocuous.

788D58, age 34
Athletics-0, Engineering (Jump-1, Life Upport-1, Man-Drive-1), Flyer (Rotary-1, Wing-1), Gun (Slug-1), Gunner (Turret-1),Language-0, Leadership-1, Mechanic-1, Melee (Blade-1), Pilot-0, Recon-1, Vacc Suit-0
Born on Louzy, Oeg learned early on he was a lot smarter than most of his pack and family. Wanting to gain credibility among the Imperial, at 16 he made the journey to Efate, and after two years of hard work, applied and got into the prestigious Imperial Naval Academy of Efate:

You gain wide-ranging recognition of your initiative and innovative approach to study. Increase your SOC by +1 You proved yourself one of the best of the best. You graduated from the Naval Academy with Honors! The sky's the limit. You have graduated for the Naval Academy with HONORS! An opportunity awaits you in the Navy. If you choose to enlist now you will be able to train 3 of your service skills to rating 1, and get an AUTOMATIC commission upon entry. Will you join the Navy? [Accepted] After 4 years at the Naval Academy you graduated with honors and immediately entered the service.

Moving on to the Navy, his first term he worked hard, but did not manage to gain a promotion. Here he picked up the blade skill, and due to the nature of the posting, picked up the recon skill:

Your vessel participates in a diplomatic mission. Gain one of Recon 1, Diplomat 1, Steward 1 or a Contact. Sorry, you were passed over for promotion this term. It's time they start respecting you for all your hard work!

His second term was better, and, while gaining an enemy, also prevented a mutiny and got promoted:

You foil an attempted crime on board, such as mutiny, sabotage, smuggling or conspiracy. Gain an Enemy, but also gain a +2 DM to your next Advancement roll in the Navy. You were promoted

His final term in the Imperial Navy Egg picked up some advanced training, and his brightly painted air/raft. Which he still does not know how drive yet.

Egg was teased as Egg-Head for many years, and as his name sounds like that to begin with, he decided to take it in stride and live up to that nickname. His enemy, starport administrator Frank Liaos, at the edge of Imperial space somehow managed to board him on a freighter that ended up on Tryonas. While his air/raft is in storage, he started looking for gainful employment. Having made many friends over the years, he and Captain Laux came to a deal with Egg having a share of the profits. Unknown to the rest of the crew is that Egg and Laux knew each other years ago, and have a shared secret tying them to the Imperial government.
While "my" character I primarily play is Malik, our intrepid reporter who is now the comms operator, there are other threads I've not really thought through. I do want some tension between my League and the Imperium. Secrets on both sides. Laux is covertly gathering some data where he can, and now has another agent in Egg, who is essentially on covert extended duty from the Navy to explore the League's own Naval resources. The League has its Space Patrol. but the Imperium fears there may be a larger force, and unknown technologies at play. The League is known for its medical technology, and fear of a super soldier is a running thread in some Imperial circles.
Now we've a 2nd engineer, and I still need to figure out the actual ship costs per jump and month.
However, from our last entry, we did pick up some high-end electronics, and we'll be loading freight at the standard costs. And it would probably be a 327 standard container: 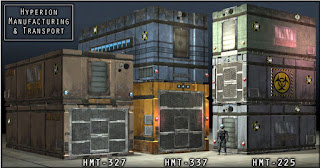 As we're taking up 5 tons of space, and have to fill the rest of the cargo with freight. And I cannot find my re-worked No Refunds stats. Originally I had it at 300 tons, but thanks to finding that .2098 x registered tons = Traveller dTons, we find the ship is a 650 tonner! I'll try and rework that and verify I have the correct crew (though that does vary by version of Traveller; but I felt I needed another engineer and Egg does have gunner, and we'll need to add a turret at some point I feel).
Posted by Craig Oliver at 8:58 PM