Players: 2 - 6
Equipment needed: none
Skills needed: none, but recon, survival or hunting would be useful
Patron Type: Scientist
World: something with a breathable atmosphere and at least 30% water. The starport could be anything really but there needs to be enough people to have at least a small local population as well as a fair number of transients but large swaths of raw countryside. As well as a local university.

While at the port and enjoying the sites, the Travellers are approached by a bedraggled looking older man, waving what appears to be a cryogenic test tube of some sort. He asks for some a few moments of their time.  Sir Reginald Artani was a well-respected archeologist, but in the last few years has been searching for what all others believe is extinct, the Mega-Duckahedron that was native to the planet more than a million years ago. He has lost his tenured position at the university after declaring that this extinct giant duck was still alive in the hinterlands. He exhausted his personal finances after losing his job, and is now searching for someone to help prove his theory.

Should the Travellers take some time, there is indeed a very large feather in the test tube. Should they research this at the university they will see that it does match fossil remnants of the 8 foot tall duck dino. Sir Reginald has satellite maps of the location where he found this, a journey of several days via air/raft or ATV  He has an ancient ATV large enough for 8 people. He will split any proceeds from the discovery with the group, and swears he has potential buyers in the millions of credits range for a live specimen.

1. All is as he says: there are a few groupings left of this large feathered dinosaur duck. The maps, searching, finding, capturing and returning a live specimen is up to the referee. While not millions of credits, several hundred thousand will be provided.
2. All is as he says, but there is just the one remaining animal (hey, it happens in movies all the time). Same as (1) above.
3. There are no living dinoducks left, but there are remains that are only a few hundred years old, hence the well preserved feather. Perhaps a few thousand credits reward for helping rewrite the local research on the local fauna.
4. Sir Reginald is deluded, and someone is playing a cruel hoax on him for something he did years before (failing a student? didn't approve a published paper?). Nothing more, nothing less. Just lost time for all involved.
5. There is no dinoduck, and someone is out to kill Sir Reginald. Once out in the hinterlands, there will be a lone gunner who is not too picky about who he kills.
6. Sir Reginald is the con man for a slave labor group in the hinterlands. Once miles into the wilderness, they will be surrounded by armed gunmen and taken as forced labor in an illegal crop farm. 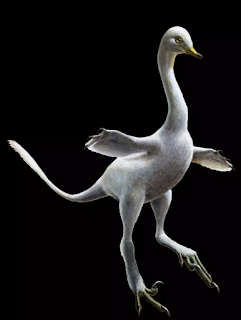 Permission to snarf for Active Measures/Getting Off the Ground in Freelance Traveller?

Certainly - maybe now I am finally giving back after snarfing up all those articles!