And I spent way too much time creating a pretty shiny gas giant. but I like it anyway. And I can make more with different colors, just wanted to try a purple/pink one. 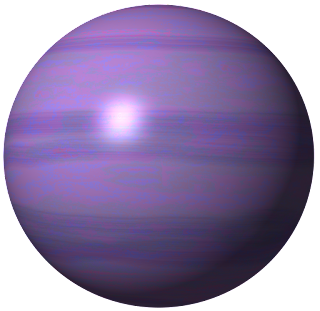 I can make it less shiny but going with that for the moment.

Mont orbits a hot F5 IV star, meaning it is a bit larger than our Sun, and the habitable world is in the 5th orbit. It take over 2,523 days to orbit that bright star, and boasts a day of just over 13 hours. Mont is smaller than Earth as well, boasting about 0.7G. With the tech level of 7, this means no grav plates. And as the port itself is a class E port, there are no amenities there to help with gravity. With the lighter gravity, our adventurers can carry more but if using ballistic weapons that don't have computer aiming and can compensate for the change in gravity, I'd actually do a negative DM for firing. Of course, energy weapons would not be affected as they are always line of sight.

A very thin atmosphere (about 0.2 standard atmosphere) requires compressors to breath. However, Mont is barely in the Goldilocks zone, and has a peak temperature of almost the boiling point of water at the equator. Needless to say, there is very little in the way of native life, and human life here is in deep caves at the southern pole. About 37% water, the atmosphere, though thin, is pretty close to 100% humidity all the time.

There are about 7000 people "living" on Mont, more aptly living in Mont. The vast cave systems they live in span hundreds of miles. These ancient lava tubes can be over a 100 meters in diameter. Buildings have been carved into the walls much like ancient cliff dwellings. Just with modern plumbing and elevators. 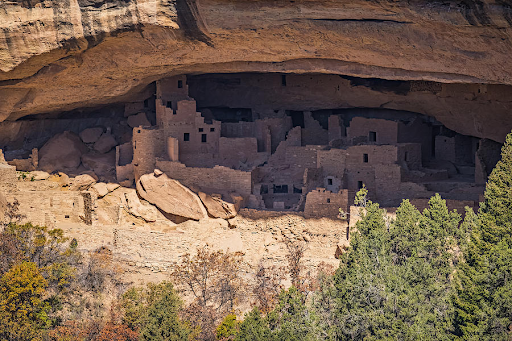 So, exactly why are 7000 people living in this hellish existence? Other than random world generation? A good question. Looking at some of the social notes Heaven & Earth generated, we have the entire population living in a single city. They are a stagnant, conservative society. Changing anything would mean death as, while not a starving population, they live precariously with a hostile environment. The do have solar lighting and vast underground farms. While the planet is only about 37% liquid oceans, there is always water available via aquifers. In fact, the water on Mont is some of the best water you will ever drink: despite the surface being almost uninhabitable, the deep caves provide a cool world of echoes and the constant drip of water. They are miners and farmers for the most part, living as their parents live, and as their parents lived. At one point there was a research station built into the cave system to research some interesting crystals. When that shut down more than a century ago, a small community of belters from Helfom bought the station and moved in. Tired of the endless night of living in a belt, they burrowed into Mont and created a living space in an environment both far different than what they had yet strangely similar. Still dangerous, and still using the some of the same techniques they have managed to at least hold their own, and perhaps even grow a bit. And still an endless night in the caves, though there is the option for sunlight and vistas from the planet's surface.

Being non-industrial, Mont imports a great deal. While they are self-sufficient for the most part, some things are produced significantly cheaper off-world. Crystals and minerals are the primary export for Mont, with few passengers coming or going.

It will be an interesting trip for the No Refund: that class E port is some flat land outside the main cavern entrance. There are no terminal buildings above ground, and the warehouse is simple a blasted cave. Traders are responsible for their own goods. And getting into the underground city could be an adventure of their own. There will be some huge machines piping air down to the caves below, and multiple air-lock style doors as you get deeper towards the city of Chutaco. But that advanced machinery and the polymers may go for a good price here: old machine wear out and they can't make a lot on their own. And they are heavily dependent on the air machinery.

And there is some zooming in Fractal Worlds! 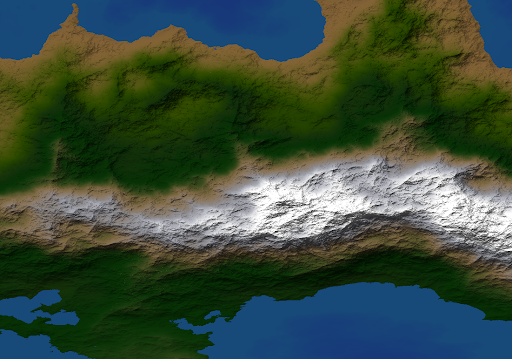 southern continent above, close up of that lake towards the bottom middle-ish 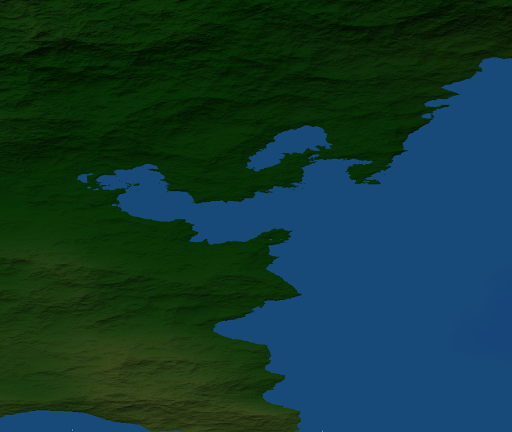 The class E port is at the edge of that lake of near boiling water. There main cave entrance is almost 100 yards away. With the heat and humidity, environmental suits are needed. A bit less than a full vacc suit yet will allow the user to survive. Looking at the rules from Cepheus Deluxe, a character would suffer 2D damage per hour at this temperature. T5 is a lot more realistic at 4 hits per round (9 at the boiling point). So one does not simply walk from the ship to the entrance apparently!

Hopefully I'll get the No Refund to Mont in the coming days. Though I do get a couple days off this week, my son is back in town, so spending some time with him. They grow up so fast! And sadly never could get him into gaming, though we do play an occasional board game. I did try, just not too hard.

Some other gaming news: my Apex game ended with a thud basically. I got tired, and had not really planned out what to do after the temple. But we basically got everyone back. Not enough to go up another level, but they were at level 2 once we got past the main adventure hook. We left it open: they may want to explore the center of the Earth or even other worlds if they can figure out the gates. We've switched to a game we we are playing more anthropomorphic creatures: my centaur that shape shifts to a sugar glider, a large gorilla, a 4 foot squirrel, and the gator man with the Cajun accent. The first session went well, though that gator is the only carnivorous one there: the rest of us are vegetarians. So we have some interesting group dynamics.