A Vargr and an Aslan walk into a bar...

Well, actually, the group only has a Vargr. Working on prepping for session 3. There may be a bar involved so  I am checking to see if a perhaps excessively large Lego collection can work for miniatures. Maybe I can play the Star Wars Cantina song in the background, but there is no band. Maybe a holographic on the big square behind the counter.

I also purchased the Diverse Roles career book from Gypsy Knight Games as they were having a sale in honor of John Watts moving full time into publication. Fortunately I had the rules and core setting book (from a Bag of Holding Sale - apparently I am not only a sucker for Kickstarter but also sales!). Those are required to use the book fully (which is good as I was having problems following the Space Patrol book from Stellagama Publishing - as they both use the same core Cepheus Engine rules I can now figure that out as well).  I bring this up as that book has, amongst the other careers, an Organized Crime career. As the players found some leads, and I have some angry characters, I feel they may follow up on the leads. And for that I need some organized crime NPCs and a bar so we can have a fun bar fight. If we actually get there, the plan is for damage to be only temporary and heal faster than normal unless real weapons come out.  Then all bets are off.

One of the player's characters is a Barbarian from Planet Bob, aka Pax Stellar. The character is unaware that he has nanites in his system and that's what lets him talk with his mechanical pet / familiar (I think there is a post somewhere with some images from a Kickstarter book that I am incorporating into MTU). I've not decided yet if he will have slightly faster healing abilities or not - I don't want a super hero game, but do like little positive quirks for the players. We'll play that by ear.

The bar is from something I found years ago and for some reason printed out. It is finally getting used.

I also have a few games with miniatures - I need to see if those may work as well. In fact, that is the primary reason I backed the Zombicide SF game (and can't recall the name now) - it has a lot of minis, and several fit well within the Traveller Universe. The game mechanics are also pretty fun (basically a B-grade zombie movie, and the game is cooperative: either you all win or you all die. Usually die.) 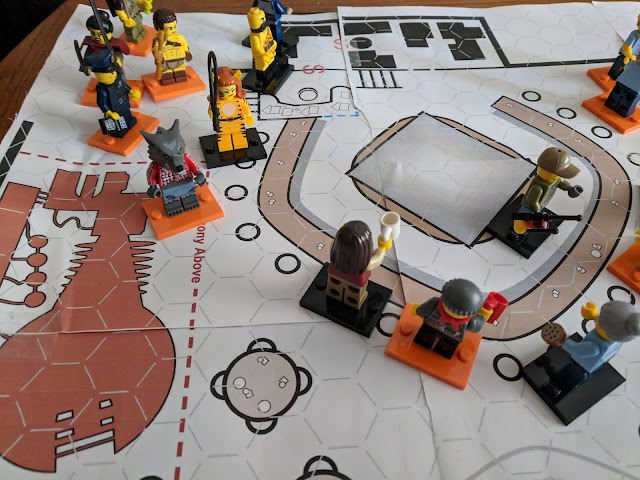 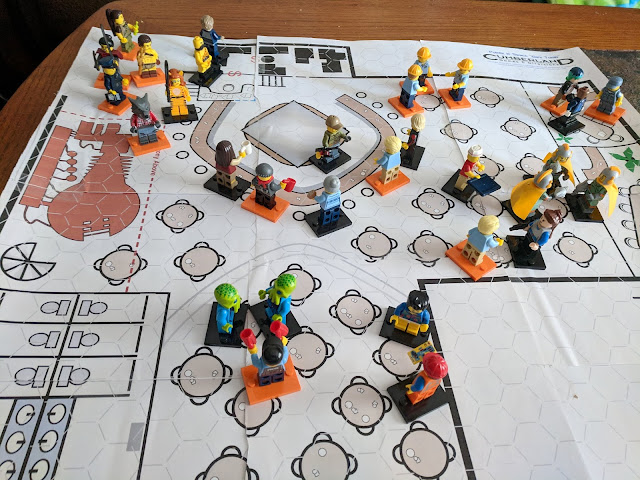