Still reviving my old college Traveller game based on the remaining maps.

The Pax Stellar system was a trio of planets that were once a mighty space empire. That is all I can recall from those days. As one of the players is a barbarian from Planet Bob, we've decided Planet Bob is also known as Pax Stellar by the Imperium. A heavily interdicted world due to the presence of autonomous, mechanical life.

Basically, I've got a book from a Kickstarter that I liked, and actually figured I could use that as a background source for the world... 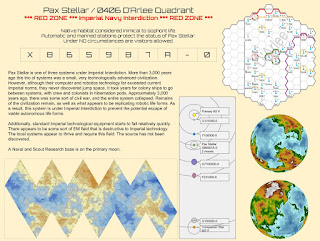 The player's character, Osrum, has this cool little robot. Even better, there is a psionic link between the robot & Osrum. Which is the primary reason the system is interdicted: The Imperium first has that tendency to really dislike psionics. And robots. Psionic robots are basically double trouble. Yet - think of the possibilities! 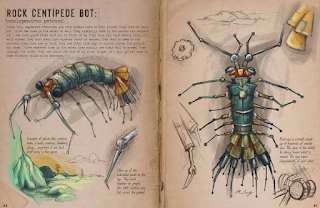 He has another KS going, and I hope this 3rd time around will work!